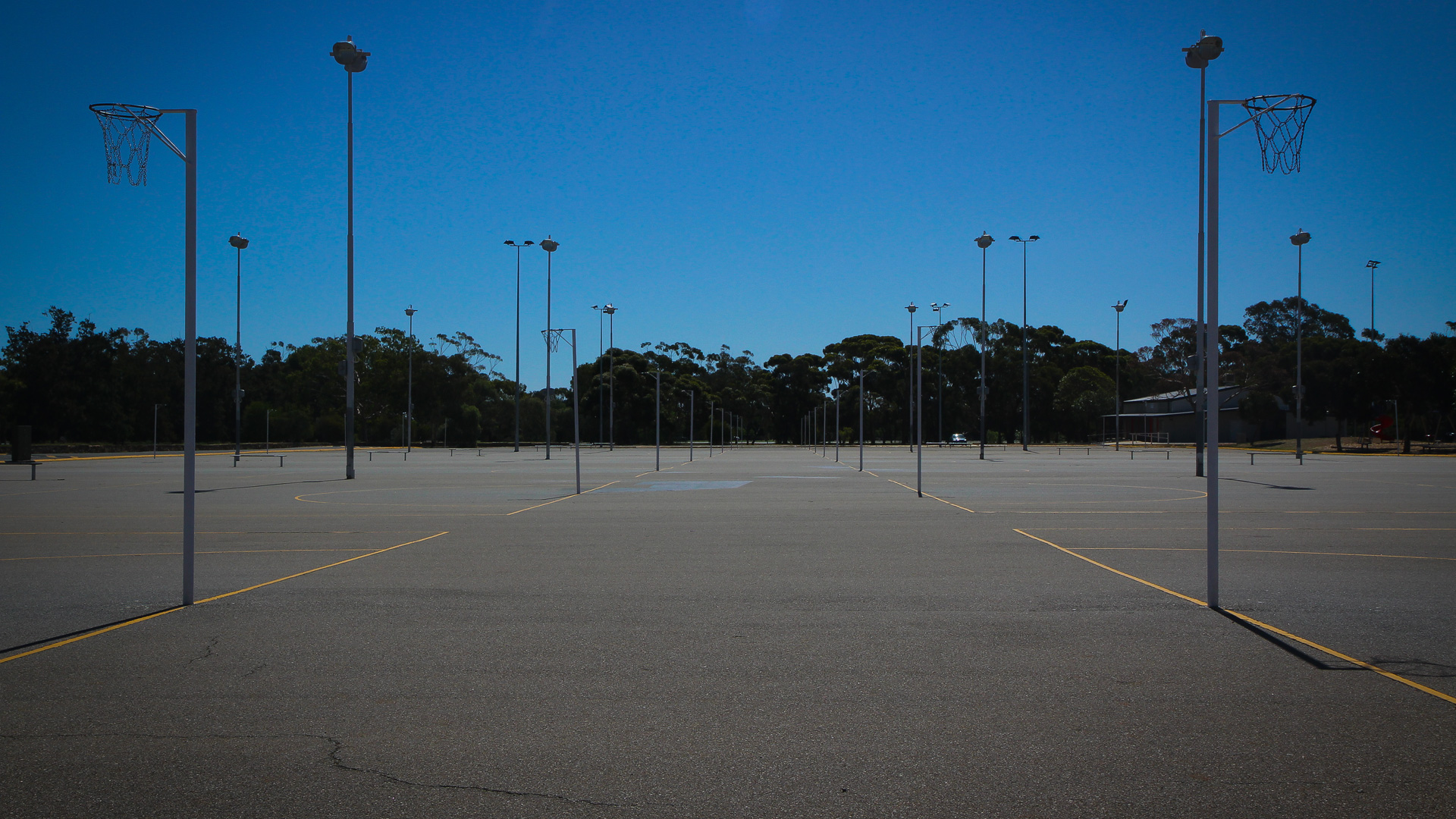 The Gazelles Netball Club was formed by Margurite Elbourne, Anne Opie and their friends, of the Jean Flynn Kindergarten at Elizabeth South in February 1972 and bore the name Jean Flynn Kindy, for the first season.

The first uniform was a straight sleevless shift with white binding at the neck,armholes and hem.However the material we chose shrunk exhorbitantly and caused quite a stir amongst the other teams so that we had to add another purple and white band to lenthen the uniform.

On the first grading day our second team was so bad ,that they immediately said they were in the bottom grade and our ”A” team was also put in D grade. They finished forth for the season whilst the lower team didn’t disgrace themselves,improving all the season to finish sixth place.

We joined the Elizabeth Netball Association in the summer of 1972/73 and again struck uniform trouble. Our style was not acceptable to them,so we added the white box bands to the purple bodice which is the style gazelles had up to the late seventies.

During the 1972/73 season we played in the G1 and F1(the two bottom grades) and both teams finished fifth.The next season 1973 we played saturday netball at E.N.A starting with 1 team and you guest it another uniform change.

Because there was at the time a club called Bangalies who wore purple uniforms and the Association at the time only accepted box pleats in the winter,we were unable to have our purple uniform,not even with white bands. So we had to change the colour to a bright yellow with navy t-shirt’s and wore the monstrosity for that season only.

We wanted our winter and summer uniforms to be the same, so we changed the summer uniform to blue and yellow with an inverted pleat at the side.

Finally in 1974 the Association relaxed it’s law’s about wearing a box pleat uniform in the winter and so we went back to our purple and white uniforms.

Gazelles was essentially a senior club until 1975 when we realised that if we wanted the club to continue into the future we would have to field junior sides. So out went the call for sisters,cousins,neighbours with kids in an odd assortments of ages and sizes and then found we had some of one age group and some of another. As they were all rookies it was not impossible to put them into one team.

About that time Sapphires were weeding out their weaker players and Pat MacWilliams(Gibson) our then treasurur, went along and grabbed all their leftovers for our club and so Gazelles juniors were launched.

In 1982 our club emblem was designed by Dehlia Webber and even up to today it is used as the basis for the design on our shirts.